Increasing temperatures, changes in rainfall, and unpredictable weather can put serious pressure on natural habitats and wildlife. Changes in our climate can also cause habitat loss, allow pathogens to spread and hinder the movement of species through a landscape. 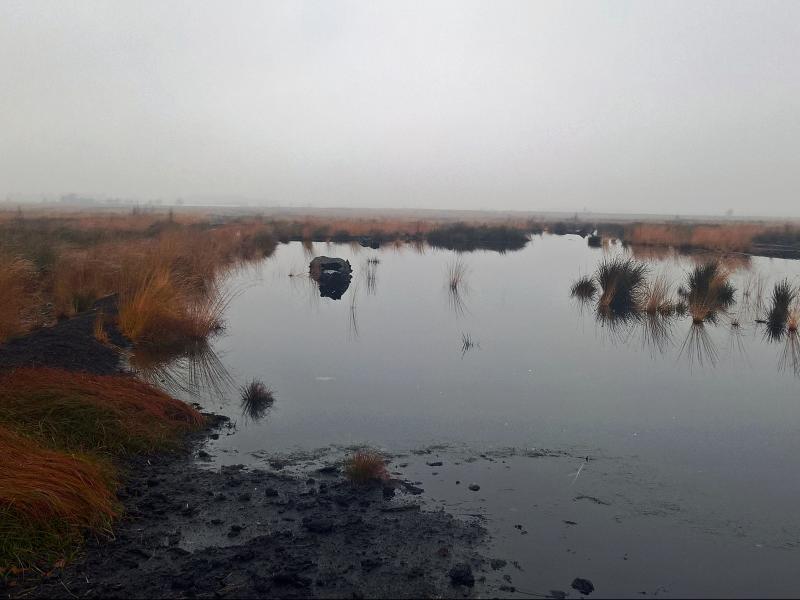 ‘Global warming’ and ‘Climate Change’, two terms that are being used more and more. Global warming can be seen as slightly misleading, however, as a warming atmosphere, rising sea levels and warming oceans are not the only consequences of climate change. Some of the problems we face include extreme weather events, such as heat waves, drought, extreme rainfall and coastal flooding. We face rising sea levels, the loss of habitats and thousands of ecosystems. These extreme events are predicted to become more intense and frequent, even the seasons can be seen shifting.

What is causing climate change?

The main driver of current climate change is the emission of greenhouse gases, most importantly carbon dioxide and methane. These potent gases are primarily released when fossil fuels are burnt. However, there are numerous other contributors as well, such as the cutting and burning of peat, the production and use of fertilisers and producing cement and some industrial processes.

The industrial revolution led to great innovation and technological advances for us all with inventions and manufacturing on a huge scale. Vehicles and planes everywhere. All of this requires a great amount of energy and the main source is fossil fuels. When these are burnt they release carbon dioxide into the atmosphere causing an imbalance in the amount of greenhouse gases which results in the greenhouse effect. Heat is trapped in the planet and the surface temperature rises. This is called Global Warming.

Climate change is continuing to have an increasing impact on the UK and other countries around the World. This has led to what is known as a Climate Emergency, a situation in which urgent action is required to reduce or halt climate change and to avoid irreversible environmental damage resulting from it.

What about the impacts of climate change on a fragmented landscape?

Heating is forcing many species to move northwards or to higher climes in search of cooler and more suitable conditions. This is problematic because today’s world is full of physical barriers like urban developments, agricultural areas, roads, and canals. These have fragmented our landscape, forcing our wildlife into smaller pockets of suitable habitat. When wildlife cannot move freely across the landscape it will struggle to survive.

Making a Difference-Tackling climate change on our doorstep

Within our Carbon Landscape we have our mosslands also known as peat bogs and wetlands. These peat bogs, when wet, soak up carbon dioxide from the atmosphere and lock it away underground, fighting climate change. The UK’s peatlands store over 3 billion tonnes of carbon – that’s roughly the same amount as all the forests in the UK, France and Germany combined.

Habitat damage and climate change have an effect on weather conditions and this directly impacts on the environment. For example, drier summers are drying out the peat bogs which means they can no longer work as carbon stores, in fact once dried out and damaged they release carbon into the atmosphere.

If we rewet and restore more of our peatlands we could store more carbon helping tackle the climate emergency, we face. Peatlands also offer an important flood defence by slowing the flow of water down from the higher ground - reducing the risk of flooding further downstream. The carbon landscape project and partners have successfully rewet some of the key wetlands and mosslands across the North West and will continue to do so.

Amazing Peatland Fact: Although peatlands only cover 3% of the world’s surface, they store 30% of the soil’s carbon - twice as much carbon as all of the forests in the world.

How you can help: