Due to external pressures such as habitat fragmentation, climate change and polluted waterways, our surviving wildlife is found in isolated patches of natural habitats.  If our wildlife has a chance of survival, it needs to be capable of responding and adapting to the growing challenges of these pressures. 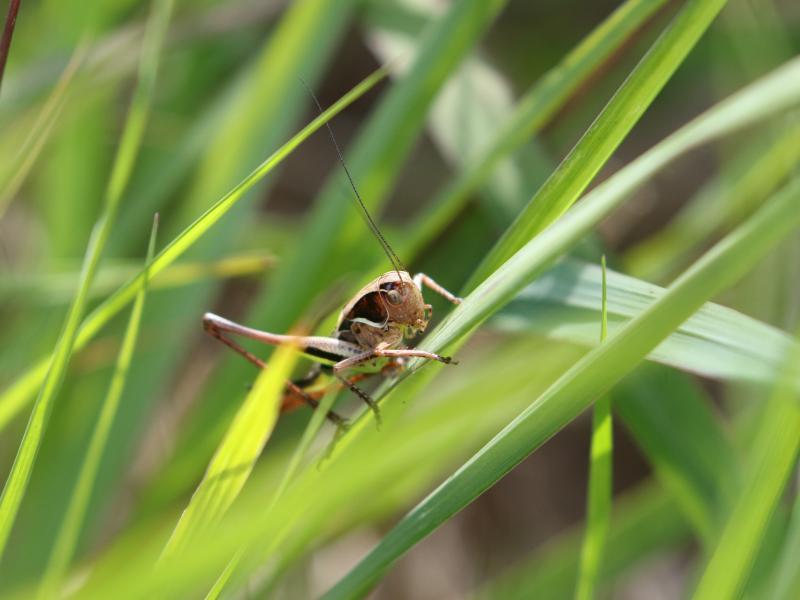 In the last 50 years we have lost an overwhelming number of species globally, that is no secret. Some of the reasons for these declines and extinctions are overpopulation, deforestation, consumer culture, climate change, animal exploitation, and other harming sources.

Every year we lose close to 10,000 wildlife species. The UK is now  one of the most nature depleted palces on the planet.   Jeffrey Kluger highlights in “No species is forever”, that this accelerated rate of decline is between 5,000 – 10,000 higher than what the natural extinction rate is. It is not too late to save  our wildlife but we need to work together.

Why we need wildlife

The WWF puts it very well by stating that “Biodiversity underpins the health of the planet and has a direct impact on all our lives. Put simply, reduced biodiversity means millions of people face a future where food supplies are more vulnerable to pests and disease, and where fresh water is in irregular or short supply.”

Putting it simply conservation efforts don’t just benefit the environment, they benefit humanity too. Imagine if all pollinators such as bees suddenly disappeared, what would pollinate the flowering plants including crops, that depended on them?    It is acceptable to presume that this would lead to a long term negative impact on us all – not just humans.

Wildlife Survival on our Doorstep

The Carbon Landscape has a variety of LNRs (Local Nature Reserves), local parks, SSSIs (Sites of Special Scientific Interest) and other green spaces which are havens for wildlife.  They are home to many once common species whose survival is now threatened, for example, brown hare, willow tit, lapwing, water vole, and the habitats that they rely on, for example wet woodland and lowland raised bog. However, these species cannot survive in these spaces alone, they need to move around the landscape which is why we need to reconnect them. We can do this through wildlife corridors or 'stepping stones'.

A wildlife corridor or green corridor, is an area of habitat connecting wildlife populations. Just like us, wild animals need corridors to move between the areas they inhabit, to feed, breed and disperse. A stepping stone site is a small green space that although not directly linking habitats, provides a stopping off point for wildlife movement. For example mice and voles  move freely along hedgerows from their home to find food. In a world where urbanisation is becoming more and more widespread, and the countryside is becoming increasingly fragmented, the role of wildlife corridors has become increasingly important.

What can be a Wildlife Corridor and Stepping Stone?

In 2010, Dr John Lawton gave us hope with his paper “Making Space for Nature”, concluding that our wildlife does have a future, however, we will have to change how we view nature conservation. The report highlighted the importance of creating better, bigger and more connected wildlife sites, and it was here that landscape scale conservation was born.  This approach to conservation comes in many forms, such as increasing the size and improving the management of our existing sites.  Wildlife benefits directly by  connecting sites together through landscape corridors like rivers and streams, hedgerows or by creating stepping stone habitats or pond creation. 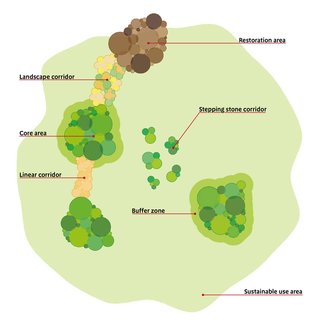 It is the movement of wildlife that is essential to its survival, the more freely wildlife can move throughout a landscape, the more resilient they will be.

By viewing our Carbon Landscape as one ecosystem, it then underpins what we are aiming to achieve - Restore a derelict landscape, ensuring connectivity and resilience in an area facing significant threats.

By working in partnership with landowners and managers to improve natural habitats and enhance connectivity we can provide the space for nature to move and adapt to a changing climate.